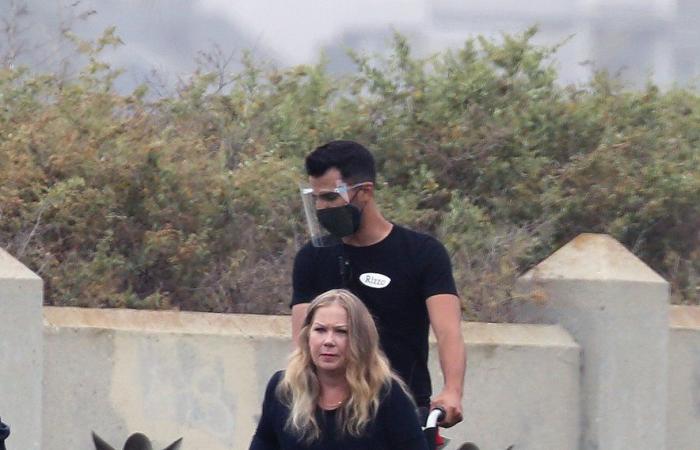 Actress Christina Applegate was diagnosed with multiple sclerosis last year, which greatly affected her life. The star, who found out about the disease during the filming of the third season of the series Dead to me, recently revealed that the production was stopped due to her health. When they resumed filming after five months, it required quite a few changes and adjustments for the actress, who was brought to the set in a wheelchair.

“I will never fully accept this disease,” is for The New York Times said the actress Christina Applegate. In the interview, she spoke openly about how she views the diagnosis of multiple sclerosis, which she has been following since last year, and how it has affected her career. The star found out about the disease in August 2021, right during the filming of the third season of the series Dead to meplayed by a foreign streaming platform. “I had to process certain losses that the disease brought me. I needed time,” Christina revealed. Because of her treatment, the producers stopped filming for five months.

Despite the medication, the actress did not return to the set the same as before. “It’s not a disease that you can cure all of a sudden and say you’re perfectly fine,” she said, admitting that her condition caused quite a few changes on set. Her teammates and crew adapted to her and helped her in various scenes. She was brought to the set in a wheelchair and helped to walk as she struggled to climb the stairs to her trailer on the set. She also revealed that she had to lean against the door several times to even be able to stand.

In the interview, Applegate confided that the disease also affected her visually. “This is the first time you will see me as I am,” she said. “I’ve gained 18 kilograms and I can’t walk without crutches. I want people to know that I’m very aware of all this,” she added. Nevertheless, she is not entirely sure if viewers will be ready to accept her in the new role. “People will definitely say they can’t get over it and that I’m disabled, but that’s not up to me,” she is sure.

The 50-year-old is very grateful for the support she received from her teammates. She created a special bond with her co-star Linda Cardellini. “I knew right away that we would have each other’s backs, support each other and help each other with things,” Cardellini said upon meeting Christina for the first time.

Last week, after a long time, the star shared with her followers the news that she will attend the first public event after the diagnosis. “I have a very important ceremony coming up. It will be my first public event since I found out about the disease,” she wrote on Twitter next to a photo of the canes he uses to help him walk.

PREV Britney Spears suffers from nerve damage, relieves the pain by dancing
NEXT At ACH, they believe that others in the group can be too